The session has begun, the Capitol full of soldiers of the National Guard 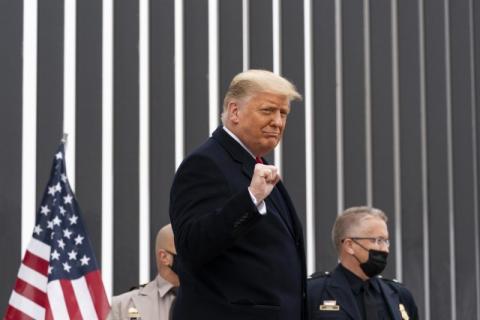 Members of the lower house of the American Congress accused Trump of inciting a rebellion before the intrusion of part of his supporters into the Capitol Hill complex.
The House of Representatives of the American Congress accepted the resolution by which the Vice President of the USA, Mike Pence, is asked to invoke the 25th Amendment to the American Constitution and take over the presidential powers from President Donald Trump.
223 congressmen voted for the resolution proposed by the democratic congressmen, while 205 of them were against it, Sputnik reported.
Pence is required to implement the 25th amendment, which gives him presidential powers if the president is incapable of executing his duties, which would remove Donald Trump from office a week before the inauguration of Joe Biden.
Pence was given 24 hours to comment on that, but he had already said that he did not want to invoke the 25th amendment, because that would be, as he said, "a terrible precedent".
Democrats have announced that they will consider the recall of Trump in Congress if Pence does not implement the 25th amendment.

LIVE: @NBCNewsNow special coverage:
US House debates impeachment of President Trump for "incitement" after an insurrection at the US Capitol led to 5 deaths; vote expected Wednesday afternoon.https://t.co/aSltRQRGNf