Trump spoke out; Republican betrayed him in Congress: "I will vote for the recall" 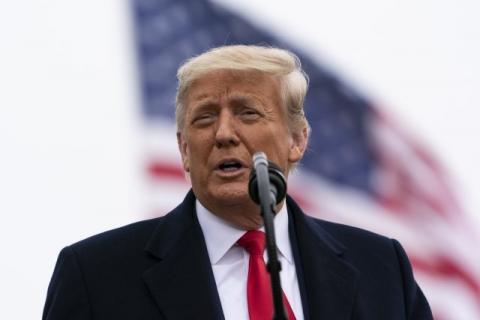 Members of the lower house of the American Congress accused Trump of inciting a rebellion before the intrusion of part of his supporters into the Capitol Hill complex.
The House of Representatives of the American Congress accepted the resolution by which the Vice President of the USA, Mike Pence, is asked to apply the 25th Amendment to the American Constitution and take over the presidential powers from President Donald Trump.
Trump faces a single charge: "incitement of insurrection", after the deadly Capitol riot in an impeachment resolution that the House began debating on Wednesday. It's a stunning end for Trump's presidency as Democrats and a growing number of Republicans declare he is unfit for office and could yet do more damage after inciting a mob that stormed the Capitol.
"President Trump gravely endangered the security of the United States and its institutions of government," reads part of the four-page impeachment bill. "He will remain a threat to national security, democracy and the constitution if allowed to remain in office."
The House speaker Nancy Pelosi, said impeachment was needed despite the limited number of days left in Trump's term. "The president's threat to America is urgent, and so too will be our action," she said.
The vote was set to begin at 3pm ET (8pm GMT) and it is expected to take up to an hour.

Members of the National Guard put on their full equipment and weapons in the Capitol tonight, while the debate on the recall of Donald Trump continues.

Pelosi will speak at the stolen podium immediately after the vote Foto: Tanjug/AP Photo/J. Scott Applewhite

Everything is ready for the...