Trump: "The time has come" VIDEO 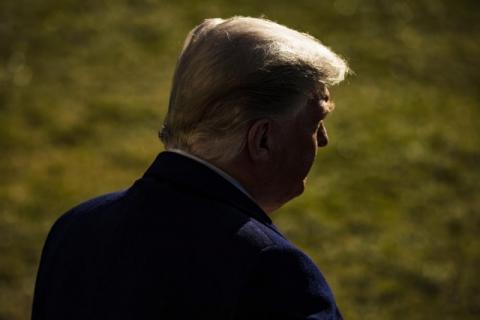 The 25th amendment allows the vice president of the United States, with the support of the chief ministers, to declare the head of state incapable of performing his duties.
U.S. President Donald Trump told members of Congress today to "be careful what they wish for," because the 25th Amendment, the activation of which would lead to his impeachment, could do them more harm than good.
"The 25th amendment is of zero risk to me," said Trump, adding that using the 25th amendment in this new way "will come back to haunt Joe Biden and the Biden administration. As the expression goes, be careful what you wish for", said Trump from Alamo, in Texas.
Reacting to the violent riots on Capitol Hill in Washington on Wednesday, he said that "free speech is under assault like never before", CNN reports.
"The impeachment hoax is a continuation of the greatest and most vicious witch hunt in the history of our country and is causing tremendous anger and division and pain, far greater than most people will ever understand, which is very dangerous for the USA, especially at this very tender time," he also said.
"It's time for peace and for calm now," Trump said less than a week after the Capitol siege. He added, "Respect for law enforcement is the foundation of the MAGA agenda," referencing his campaign slogan, "Make America Great Again."
Trump, who is visiting the federal state of Texas, called for respect for the law.
"The time has come for calm for our country, a time for peace," said Trump, who appeared in public for the first time since the incursion of his supporters into Congress on January 6. The outgoing president is otherwise staying in Texas as part of his campaign against illegal immigration, the AP agency reported.
The House...