GERB: We Will Not Uphold Any of Amendments to Electoral Code Proposed by President Radev 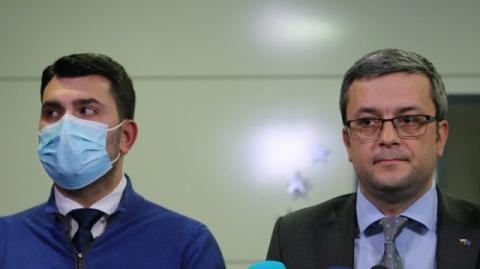 "President Radev has demonstrated that he is not capable of building consensus and has scheduled the elections for April 4. Since the summer, he has proposed that elections should be in November or December. On December 7, he set the date for March 28. Then the consultations began. Everyone said they were ready to go to the polls on that date. Today Radev announced a new date - April 4. For us, this date is perfectly acceptable, but with some caution", said Toma Bikov commenting on the date of the elections announced by Rumen Radev.

GERB will not agree with any of the amendments to the Electoral Code that the president has proposed.

"If the opposition decides to reconsider its public stand voiced in the last days, in which they also insist that no fundamental changes should be made at such a short notice, let them adopt Radev's amendments. We're not going to do it. The reason for it is that such an approach would undermine confidence in the electoral process and serve obscure interests", GERB MP believes.

Bikov stressed that the ruling party GERB will do everything possible to boost turnout and convince voters promoting GERB ideas. And, according to Georg Georgiev, the key question in this case is who actually set the election date for April 4 and what difference does it make.

"If we recall the President's statements - he wanted to make an election as early as the autumn, and now all of a sudden he says „there's time". Time for what? To fundamentally change the concept of the election in Bulgaria and how it should be held? The President wants us to turn deaf ear to the advice of the Venice Commission and be at odds with everything that makes elections transparent," he said.

The MP accused Radev of "drawing division lines." He...