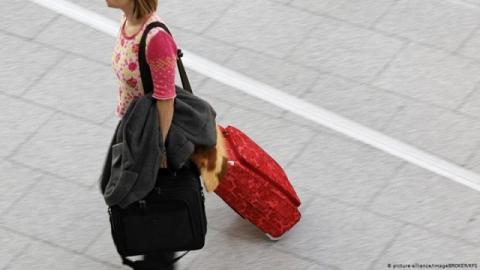 Experts are adamant that the pandemic has lowered emigration rate in 2020. However, this does not solve Bulgaria's long-standing demographic problems, including the outflow of specialists from key sectors of economy. According to data of the European Commission in 2019, the trend for the return of migrant workers has continued and Bulgaria is among the top countries in this regard. However, it mainly applies to low-skilled workers.

According to a study by the Open Society Foundation, only about 5 percent of doctors in Bulgaria are under the age of 30. Nicole and Victor are among the young medical professionals who have chosen to leave. "I was motivated by better conditions and organization of work," says Nicole, who is doing internship in Vienna.

"In Bulgaria the salaries are so low that you have to work in at least two places and pay for all the courses yourself." While studying she worked as a nurse in a big hospital in Sofia. "As a student, I received a little over BGN 200. The absurdity is that I had to spend money on soap and toilet paper in the ward."

She says that in Austria the situation is completely different. "Students here have work shifts in hospitals for which they are paid. While with us the practice was much less for students." She admits having difficulties in the beginning but hopes to catch up soon. "My colleagues here have done a number of things while studying that I see for the first time now."

And while there is a lot of work and the social contacts initially are far more limited than in Bulgaria, she doesn't regret her decision to leave. "In Bulgaria, few people are interested in new studies and they find it difficult to get to practice. In Austria, especially with regard to coronavirus, I have seen how new...