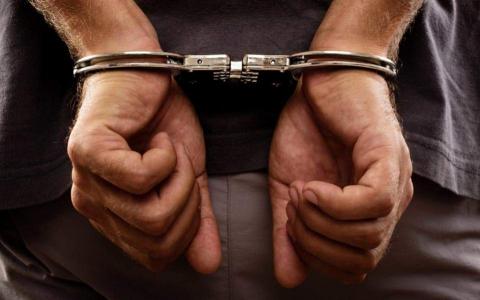 Greek authorities have arrested a 37-year-old Syrian asylum seeker wanted in the Netherlands for suspected terrorism offences, a police official said on Friday.

The man arrived on the island of Samos from Turkey on Oct. 4, 2018, and was later transferred to a migrant facility near Thessaloniki where he was arrested on Wednesday under an international arrest warrant issued by Dutch authorities, according to the official.

Two earlier applications for asylum in Greece had been rejected, he added.

The unnamed man was suspected of terrorist offences and being a member of al Nusra, a Syrian group affiliated with al Qaeda as well as migrant trafficking. Extradition procedures were under way.

Tens of thousands of migrants have arrived in Greece in recent years, many fleeing the civil war in Syria.

Bulgaria’s Health Minister: We Aim at 70 Percent Vaccinated by June
Muslims demand the building of a Mosque in Thessaloniki