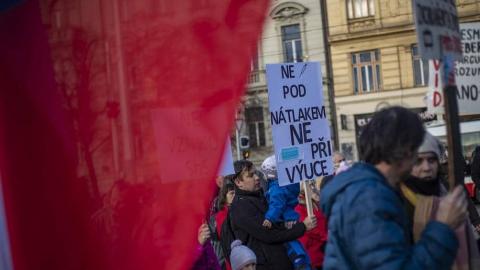 However, based on the data presented this week by the government, it seems Poland won't even finish vaccinating the elderly by spring. The country is set to receive over 6 million doses of the Pfizer and Moderna vaccines by the end of March and, considering that each person needs two doses, those won't be enough to cover all the elderly - there are over 4.5 million people above the age of 70 in Poland.

As the country enters the "general vaccination" stage, almost 6,000 local clinics will be involved in the process - not just hospitals as has been the case so far. But Minister Dworczyk said, at least during the first weeks, that the clinics are each set to receive about 30 doses per week - an unimpressive number compared to the demand. There are also about 200 smaller localities where no clinic has signed up for the national program, leaving the question open of where those inhabitants will be able to get the shot - especially the elderly and less mobile.

While at the end of last year, little over 40 per cent of Poles wanted to get vaccinated (compared with a similar number of those against the idea), the latest polls now indicate that over 67 per cent are interested in getting a shot. Experts predict this number will keep rising as the vaccination program advances and people go through the process without experiencing any significant problems.

Although barely moving at a snail's pace, Czechia's vaccination program continues to incur the wrath of some. Officials claim that around 70,000 people have now been inoculated, and there have been no reports of serious side effects. However, there's little sign this is convincing the sceptics: surveys show that close to half of Czechs will refuse to get the vaccine.

Some would prefer to help...

MEPs voice concerns in debate on media freedom in Slovenia

EP to discuss media freedom in Slovenia next week