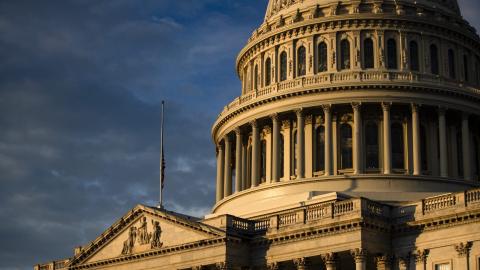 The roots of American divisions lie deep in our history, in particular in the long and sad history of race relations. It has not gone unnoticed, for example, that the vast majority of participants in the assault on the US Capitol were white and male, and that some carried the Confederate flag and other symbols associated with white power and privilege.

Race has always been a force in American politics and culture, not dissimilar in some ways to the problems of ethno-nationalism in the modern Balkans.

The Civil Rights Act of 1964 may have heralded the end of open discrimination and white supremacist Jim Crow laws that enforced racial segregation in the south of the United States in the late 19th and most of the 20th century. However, it did not address the more profound problem of institutionalized racism that permeated American society.

But it would be misleading to imagine that race was the only factor behind the Capitol insurrection.

Economic inequality, the lack of access to affordable healthcare, and the high cost of education have in recent decades deepened social and political divisions.

These tears in the fabric of the country were exacerbated by the rise of cable news and the rapid expansion of the Internet which, together, transformed the dissemination of news and information from an objective presentation of facts for public consumption and assessment into advocacy-driven reporting, and in social media the production of unredacted disinformation, and conspiracy mongering by individual actors, especially in the right-wing media.

It was in this environment that Donald Trump, elected by a minority of those who voted in 2016, emerged victorious through the Electoral College, a voting institution originally designed...