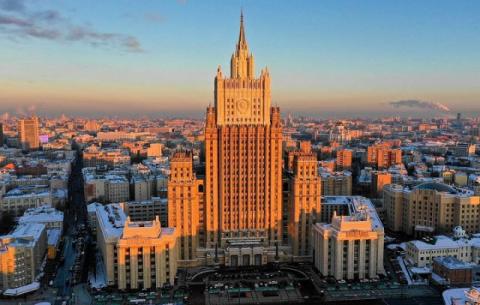 Russia is launching domestic procedures to withdraw from the Treaty on Open Skies, the Russian Foreign Ministry said in a statement on Friday.

"Given the lack of progress in efforts to remove obstacles preventing the future functioning of the treaty in a new situation, the Russian Foreign Ministry is entitled to announce the start of domestic procedures to pave the way for Russia's withdrawal from the Treaty on Open Skies," the statement reads. "Once the procedures are completed, notifications will be sent to the treaty depositories," the ministry added.

According to the statement, Washington's move to pull out of the treaty disrupted the balance of interests between the treaty participants and undermined the treaty's role in ensuring trust and security. Following the US withdrawal, Moscow put forward specific initiatives "in line with the fundamental provisions" of the Treaty on Open Skies in order to keep it in place. "We regret to say that these initiatives failed to win the support of US allies," the statement said.

Washington for years blamed Moscow for selectively implementing the Treaty on Open Skies and violating a number of its provisions. Russia, in turn, expressed grievances related to Washington's implementation of the treaty. In 2017, Washington imposed restrictions on Russian observation flights over US territory, triggering a tit-for-tat response from Moscow. The US pulled out of the Treaty on Open Skies on November 22, 2020.

Bulgaria before Elections: Border Police Will Be Tasked with Guarding Voting Machines

Deadliest Day as Police Crack Down on Myanmar Protesters