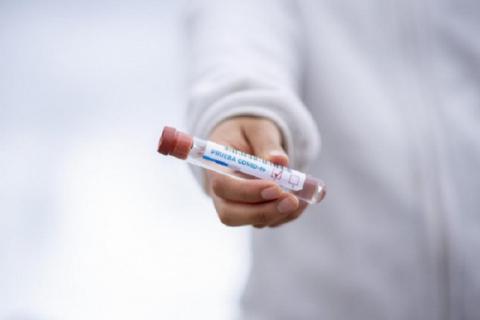 Nearly 36% of the population of Bulgaria may be vaccinated in the first six months of this year, BGNES learnt from the press office of the Ministry of Health.

"By the end of the first half of 2021, given 5 types of vaccines we will be able to vaccinate 2.3 million people or about 36% of the population of the country, not including children up to the age of 16," the health ministry said in response to questions of BGNES.

The Ministry of Health has undertaken a policy of diversification of the vaccine portfolio - that is, to participate in the contracts for all vaccines for which the EC has concluded contracts. The aim is to ensure the rapid implementation of all stages of the vaccination plan.

Bulgaria has requested vaccines from five manufacturers, i.e. sufficient quantities of vaccines for 6 million people will be provided, assuming that all vaccines are two-dose and that children up to 16 years old are not inoculated at this stage," the health ministry said.

The health officials also clarified that "for the other two vaccines manufacturers - namely Sanofi and Novavax, with which the EC is expected to conclude a contract - quantities are also foreseen and are estimated as sufficient for 3 million people.

Deliveries are carried out according to a three-month plan set out in the contracts with each manufacturer, which and is in agreement with the respective quantities of vaccines requested by Bulgaria. This plan shows that by the end of January, vaccines that will arrive in our country will be enough fro 38,000 people, by the end of February for 54,000 and by the end of March for 322,000, or for the first quarter an estimated over 400,000 vaccines will be available. Depending on the authorisation of the Astra Zenica vaccine,...

Bulgaria: On March 1 Restaurants Reopen but Citizens Should Be Wary of Virus Hazard

Bulgaria before Elections: Border Police Will Be Tasked with Guarding Voting Machines

Deadliest Day as Police Crack Down on Myanmar Protesters