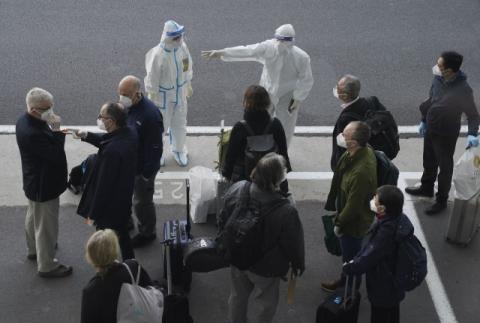 The goal of the WHO team is to start an investigation into the origin of the coronavirus at the place where it first appeared at the end of 2019.
However, the team of scientists immediately encountered obstacles, which followed up on a series of allegedly Chinese sabotages because China, it seems, is trying to control the investigation, Jutarnji list writes.
So far, China has refused to cooperate with the WHO in various ways, as well as to issue permit to the world experts in Wuhan, so now, even after a year, there is still no transparent and independent investigation into the source of the virus.
That is why even now there is a large number of critics who believe that the investigation due to Beijing's desire for control will be more political than scientific. On the other hand, despite the problems, the WHO has stated that it intends to conduct a rigorous and transparent research. Experts who come to the field in Wuhan are from Great Britain, Germany, Japan, Russia, the USA and other countries and have decades of experience in studying various viruses.
At a time when the virus has claimed two million lives and infected more than 92 million people worldwide, the prospects for an apolitical investigation into the virus are diminishing, and it seems that it is trying to distance itself from Wuhan as much as possible.

Boeing calls for grounding of some 777s after Denver engine failure

Turkey will cooperate with other countries on space mission

Lockdown for the weekend?