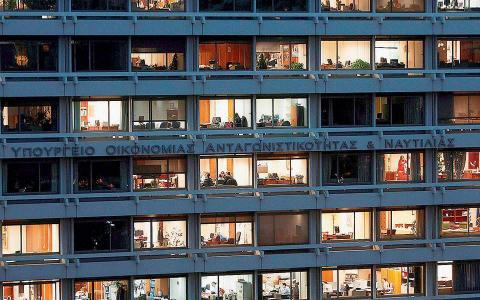 All Greek companies, and not just those that were forced to close during the lockdown, suffered losses in revenue reaching almost 35 billion euros in the period from January to September last year, according to the latest data published on Friday by the Hellenic Statistical authority (ELSTAT).

These losses are expected to be even higher in the fourth quarter of the year, at least compared to the first and third quarters, due to the second lockdown at the tail end of 2020, during a period that is traditionally characterized by increased consumption.

The ELSTAT data, which also includes November turnover, reflect the shock caused to the market by the second lockdown, and especially in the retail and catering sectors.

Retail, which was suspended as of November 7, saw turnover reduced in November by 38.5% compared to November of the year before.