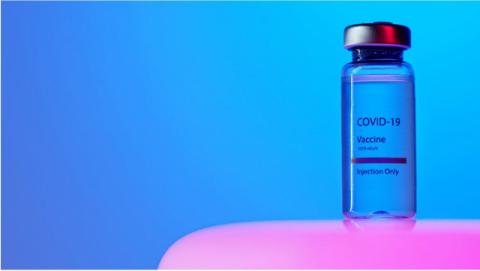 Several EU countries are receiving significantly fewer doses of the Pfizer coronavirus vaccine than expected, after the US firm slowed shipments.

Six nations called the situation "unacceptable" and warned it "decreases the credibility of the vaccination process".

Pfizer said the reduced deliveries were a temporary issue.

In a statement on Friday, the drug company said shipments were being affected by changes to its manufacturing processes designed to boost production.

"Although this will temporarily impact shipments in late January to early February, it will provide a significant increase in doses available for patients in late February and March," Pfizer said.

The company said its production upgrades would also have a "short-term impact" on the delivery of vaccines to the UK.

The EU is not wholly reliant on the Pfizer jab either, having approved a vaccine manufactured by US company Moderna for use. Still, the development is expected to slow the pace of vaccination programmes.

EU Commission President Ursula von der Leyen said she had been assured by Pfizer's chief executive that all orders guaranteed for delivery in the first quarter of the year would arrive./Bbc

Bulgaria’s Premier: We Will Overcome Pandemic First in EU
Romania submits to CJE Registry requests for annulment of Mobility Package I provisions