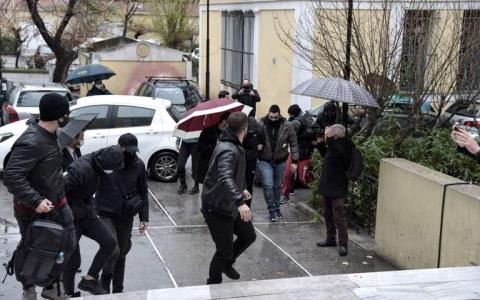 A prosecutor in Athens charged two teenagers with grievous bodily harm for the violent beating of a metro station manager in central Athens on Wednesday, when he asked them to wear a mask in the train.

They were also charged with disobedience, a misdemeanour, after they refused to give fingerprints.

The prosecutor also charged a 26-year-old police officer of the DIAS motorcycle unit with harboring a suspect and breach of duty for allegedly assisting them in avoiding arrest and instructing them how to react if arrested.

All three suspects were led before an investigative magistrate where they are expected to ask an extension to present their pleas.