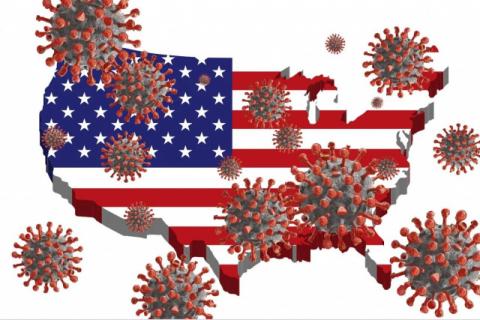 A new, highly transmissible variant of the coronavirus first discovered in Britain could become the dominant variant in the United States by March, the U.S. Centers for Disease Control and Prevention warned on Friday.

The variant, known as B.1.1.7, is believed to be twice as contagious as the current version of the virus in circulation. So far, 76 people from 10 U.S. states have been infected with the U.K. variant.

Its rapid spread will increase the burden on health resources at a time when infections are surging, further sapping strained healthcare resources and increasing the need for better adherence to mitigation strategies, such as social-distancing and mask-wearing.

The highly contagious variant also increases the percentage of the population that needs to be vaccinated to achieve protective herd immunity to control the pandemic, the CDC said.

"The increased transmissibility of the B.1.1.7 variant warrants rigorous implementation of public health strategies to reduce transmission and lessen the potential impact of B.1.1.7, buying critical time to increase vaccination coverage," U.S. health officials wrote.

The variant, which includes several genetic changes, makes the virus more capable of being passed from person to person. The changes are not believed to cause more severe disease, but the higher rate of transmission will mean more cases, and more deaths, the CDC said.