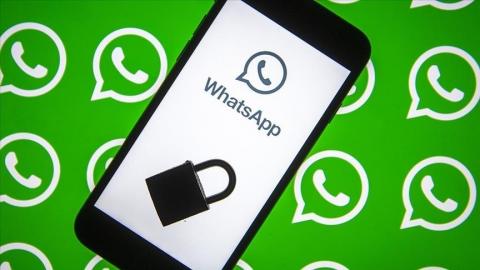 The popular messaging app said in a statement that there is misinformation that is "causing concern" after users began switching to alternatives because its new privacy policy rules forced them to accept sharing personal data with Facebook companies.

"We will always protect your personal conversations with end-to-end encryption, so that neither WhatsApp nor Facebook can see these private messages," it said. "We also can't see your shared location and we don't share your contacts with Facebook."

The statement noted that the new update will not change the messaging system.

"Instead, the update includes new options people will have to message a business on WhatsApp, and provides further transparency about how we collect and use data," the company added.

It underlined that users' accounts will not be suspended or deleted Feb. 8.

"We're also going to do a lot more to clear up the misinformation around how privacy and security works on WhatsApp," it said. "We'll then go to people gradually to review the policy at their own pace before new business options are available on May 15," it added.

The most controversial issue in the update is that the rules will not be implemented for users in the EU, which was not noted in the press release.

Many Turkish users have shared posts on social media and deleted WhatsApps accounts since last week and switched to foreign and local alternatives, such as Telegram, Signal, Bip and Dedi.