Greece still in the grip of cold weather 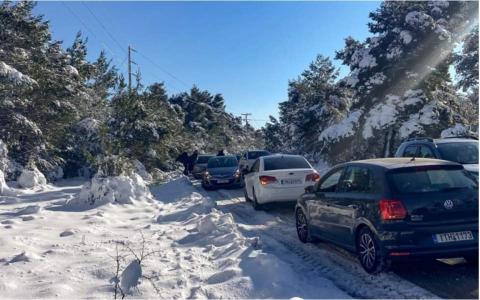 Bad weather has a lot of Greece under its grip, with snowfall and below freezing temperatures.

In the Athens area, mostly in the northern parts, some roads are closed, police warn.

These include: the road to Mt. Parnitha, the Alimou-Katechaki road, Anapafseos Street, in the suburb of Papagou, beyond the cemetery and Fylis and Tatoiou Avenues, northwest of Athens.

Earlier Sunday, the lowest temperatures, around -16 to -17 Celsius were recorded in the regional units of Florina and Kozani, in northwestern Greece.

A third cold wave, with snow and high winds, is due to strike mostly southern Greece on Sunday night and persist until Monday.