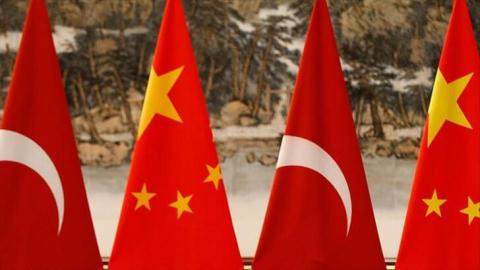 As Turkey and China are all set to mark 50 years of their diplomatic ties, both countries' relations are going to deepen further in the coming period, the Turkish ambassador in Beijing said on Jan. 16.

In an interview with Anadolu Agency, Abdulkadir Emin Önen commented on countries' political, commercial and cultural relations along with the latest developments in light of the novel coronavirus outbreak.

The arrival of the first batch of China's Sinovac vaccine in late 2020 took their cooperation in the health field to the next level, said the ambassador, according to whom new batches of vaccine were expected to arrive in Turkey in the coming period.

Önen said Asia, once again, was becoming the economic and political center of the world and China was one of the focal countries of Ankara's "Asia Anew" initiative.

Stressing that both countries are rising at the regional and global level, he said China was projected to be the world's largest economy by 2035, whereas Turkey was expected to be within the top five, therefore officials of the two countries took steps aimed at planning the future.

The envoy went on to say that the first export train of Turkey, which traveled to China in December, brought Turkish exporters one step closer to a market of $2 trillion. Furthermore, he said, the revival of the Silk Road offered great opportunities, and export trains almost made China a neighbor of Turkey.

With wagon trains and cargo planes, Turkey is...