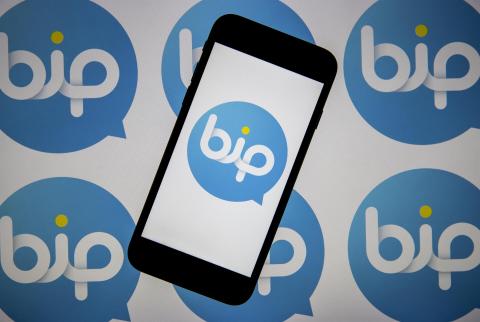 Turkish communication and messaging app, BiP jumped to the top of the users' list in Bangladesh in the wake of concerns about privacy protection on WhatsApp.

BiP currently holds the top position in Bangladesh among the top messaging apps for Android, according to one of the world's leading app store optimization and mobile app intelligence platforms, MobileAction.

It placed WhatsApp second in Bangladesh, while imo, Facebook Messenger and Telegram Messenger are trailing.

Smartphone users in the south Asian delta state are downloading BiP in great numbers and talking about it on social media.

Dhaka-based journalist Aoulad Hossain applauded the app and told Anadolu Agency: "I think using the BiP app is safer than WhatsApp as the authority of the app has assured that they will keep all the information of the users secured."

The surge in downloads of the Turkish app has gained worldwide momentum after WhatsApp, boasting more than 2 billion users, recently introduced controversial changes to its privacy policy that allows it to share more data with parent company Facebook.

Operators of GSM in Turkey - Turkcell, Türk Telekom and Vodafone - joined hands for local messaging app BiP and have since experienced a massive global response.

The response to BiP in Bangladesh appears to be among the top in the world, especially since youngsters in the Muslim-majority country started to download the app and call it "their app."