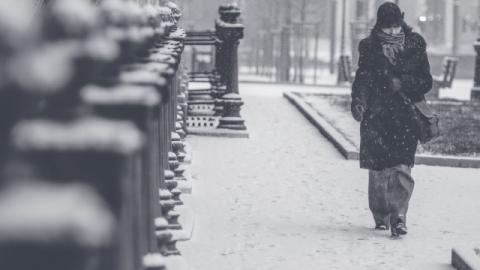 The last day of the week will be cold. In the morning and evening the thermometers will drive values ​​from minus 5 to minus 15 degrees, and during the day - from zero to minus 5 degrees. A yellow code for dangerous cold weather is in force for the whole country.

During the day the clouds will be with tears, but also with symbolic snowfalls in some regions of Northern Bulgaria. The wind - with moderate, cold gusts.

In the mountains it will be icy cold with afternoon temperatures from minus 11 to minus 16 degrees depending on the altitude. Cloudy with light snowfall in the western mountains.
On Monday the sun will prevail with more clear hours over Southern Bulgaria. It stays cold, especially in the early morning and late evening. Temperatures everywhere will be degrees - two lower than Sunday's values.