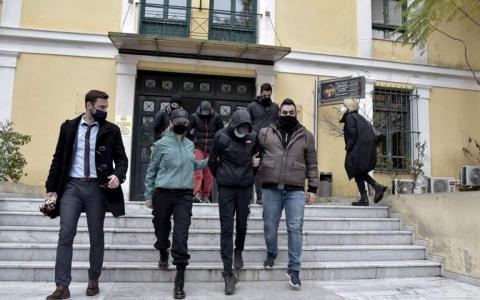 Two brothers, aged 17 and 15, who attacked an Athens subway stationmaster because he told them to wear masks on a subway train, will appear before a magistrate Tuesday for depositions.

The two were jailed Saturday, charged with premeditated aggravated assault, a felony, as well as disobedience, for refusing to provide police with fingerprints.

The felony charge would normally carry a jail term of up to 10 years, but, since they are minors, the two brothers face incarceration in a youth facility until they turn 18.

A 26-year-old police motorcycle patrol officer is facing charges of dereliction of duty and harboring a criminal for providing advice on evading capture to the teens' mother. He has been placed on administrative leave.

The two, after pummeling and kicking the stationmaster unconscious on a subway platform Wednesday, took another train,...