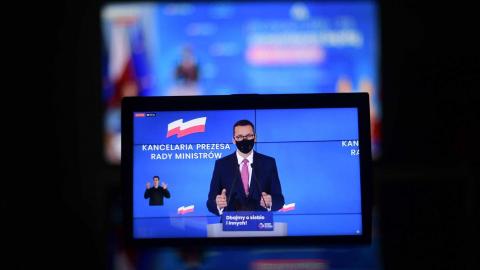 Polska Press's reach is impressive. Just in Malopolska (Lesser Poland Voivodeship), Polska Press publishes, among others, Gazeta Krakowska and Dziennik Polski, one of the largest circulated dailies in Krakow, several local weeklies, a popular giveaway newspaper and three major web portals, which for many, especially in smaller towns and villages, are essential sources of local information.

"What am I afraid of?" the journalist continued. "That they will screw us as they did with the judiciary and military. In our case, 'screwing' means producing an unreadable, propaganda newspaper, which will result in a mass exodus of readers." By "they", the journalist means Law and Justice (PiS), Poland's right-wing ruling party, which since taking power in 2015 has called for the urgent need to "deconcentrate" and "repolonise" Poland's private media, which in practice means bringing foreign-owned media outlets under Polish control.

In private discussions, Polska Press employees complain about pay cuts, overwork and increasingly difficult working conditions due to the company's financial problems. Since 2015, revenues of Polska Press have dropped by some 10 million euros, while only in the last year the circulation of Polska Press titles decreased from 208,000 to 168,000.

Now, many PiS supporters use these arguments to argue that Orlen's deal will, in fact, save local journalism in communities beyond Poland's metropolitan areas.

"As a journalist working in the region for over 30 years, I have experienced the pathology of the privatisation of local media," said Jolanta Hajdasz, deputy chairman of the Association of Polish Journalists (SPD), the oldest journalistic organisation in the country, now close to PiS. "The situation where the market was...