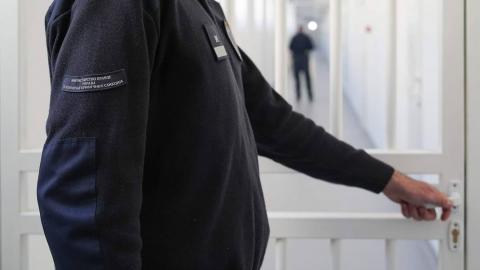 Belgrade Higher Court on Monday evening ordered a 30-day custody remand for well-known acting teacher Miroslav 'Mika' Aleksic, who is accused of raping several female pupils, at least one of whom was a minor at the time.

"The suspect is charged in the period from 2008 to 2020 with committing eight criminal acts of rape… and seven… illegal sexual acts … to the detriment of six injured parties, one of whom was a minor," the Prosecutor's Office told BIRN.

Aleksic was arrested on Saturday. Police said they detained him on "suspicion that he committed the criminal offences of rape and illicit sexual acts". Aleksic denied the accusations during questioning.

Police said that the alleged offences took place "at the premises of the acting school in Belgrade whose owner he is".

The daily newspaper Blic on Saturday published an interview with one accuser, Milena Radulovic, who said Aleksic raped her when she was 17 years old and that the sexual violence was repeated.

"I was at Mika Aleksic's school for six years when he raped me. I was 17 years old. It did not happen once. It was repeated," Radulovic told Blic.

"Mika took care that this [abuse] did not take place during class, but in the room next to the one where the other students were, or during the period when work intensified due to admissions to the FDA [Faculty of Dramatic Arts]. He did not leave room for anyone to suspect that something so terrible was happening there," Radulovic said.

Aleksic was arrested on the evening the interview was published. In the meantime, two more women accused Aleksic of similar acts. Suspecting that Aleksic sexually assaulted other women, police have called on them to report him.

Aleksic was a film director who,...