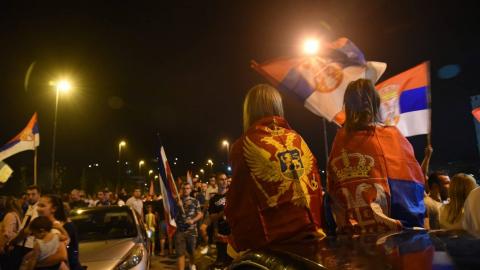 "[E]very man became a judge of religion, and an interpreter of the Scripture to himself." If you thought these were the ironic words of a scholar of religion and/or philosophy in the contemporary era of social media and proliferating political narratives, think again. This is how the 17th-century English philosopher Thomas Hobbes described the side-effects of the dispute between the Roman and Reformed churches in his book, Behemoth, written in 1668 and published posthumously in 1681.

The book, dedicated to the English Civil War of the 1640s, gave Hobbes an opportunity to discuss religious issues as well. He argued that the disputes between the churches caused the Bible to be translated into "vulgar tongues" so that everyone could examine themselves which disputing parties were right. And, he continued: "After the Bible was translated into English, every man, nay, every boy and wench, that could read English, thought they spoke with God Almighty, and understood what he said."

Fast forward a few centuries and again everyone is an acute interpreter of God's intentions and an expert in Church-State relations - this time not in early modern England but in Montenegro, a country that in 2020 changed its government for the first time in history by an election.

The need for this nuanced but intense debate on the place of religion within a state does not come, however, from the philosophical or sociological need to enlighten complex relations between temporal and spiritual powers - but from the results of those elections.

The short version of the story goes as follows: the government then controlled by the Democratic Party of Socialists, DPS, adopted a Law on Religious Freedom, which, among other provisions, stated that all church...