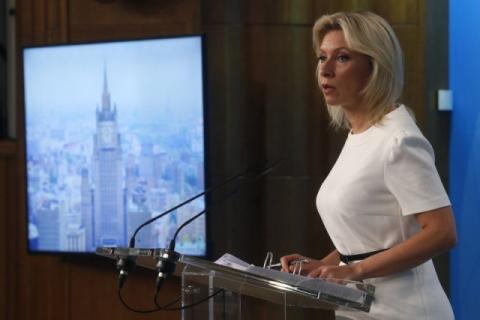 Zakharova told foreign politicians who criticize the arrest of Navalny, who was arrested at the Moscow airport, to respect international law and Russian law, and to deal with their problems.
It came after Jake Sullivan, whom Joe Biden intends to appoint as National Security Advisor, called for Navalny's immediate release.
"As for Sullivan (and other foreign officials who publish pre-prepared comments): respect international law, do not encroach on the national legislation of a sovereign state and deal with the problems in your country," Zakharova wrote on Facebook, as reported by Sputnik.
Other world officials also reacted to the news of Navalny's arrest, including the President of the European Council, Charles Michel, who assessed that the arrest of the Russian oppositionist was inadmissible and called on the Russian authorities to release him.

Russian opposition politician, the outspoken Kremlin critic, Alexei Navalny, landed at the Sheremetyevo airport in Moscow, after which he was detained.
The Bureau for the Execution of Criminal Sanctions announced that Navalny will be in prison until the next court decision.
The service announced that an arrest warrant was issued for Navalny on December 29, 2020, for "multiple violations of the rules" while he was on probation.

Video footage of the arrest of @navalny. #Navalny #Russia https://t.co/g9zJxEnqw5

1 million Russian students to paint about the 1821 Greek Revolution