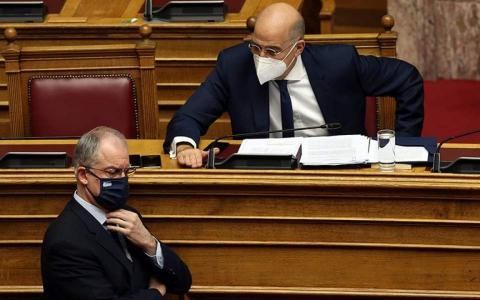 Greek Foreign Minister Nikos Dendias reiterated on Tuesday the government's intention to extend the country's territorial waters to 12 nautical miles south of Crete, during a debate on a bill delimitating maritime borders between Greece and Italy.

The bill follows an agreement signed between the two countries on June 9, 2020. The deal is an extension of a 1977 accord and paves the way for the two countries to explore for and exploit marine resources in the area.

"The prime minister commented months ago about the expansion of [Greek] territorial waters in Crete. And of course Crete includes the eastern part," he told lawmakers starting the debate before the plenary.

"This draft law has the unanimous support of the political forces of the national Parliament, so I believe that the moment has a historic aspect and I would like to thank the political parties for...

Export of fishery products up 17% in February

Border checks to be stepped up Monday