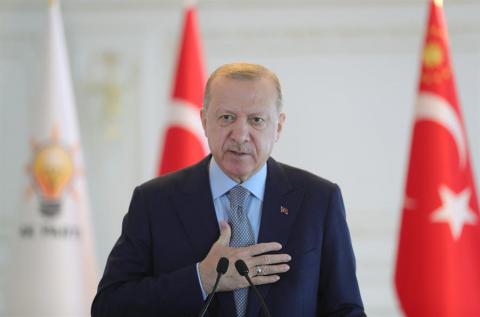 Turkey's preparations regarding reform steps in the economy and law are at the stage of presenting to the public, President Recep Tayyip Erdoğan has said, vowing his government will roll out "radical" reforms "when the day comes."

"Our preparations regarding the reform steps we will take in the economy and law are at the stage of presenting to the public. We will share our work for much more radical reforms with our nation when the day comes," Erdoğan said on Jan. 19, virtually addressing his party's conventions in some provinces including Düzce, Çorum, Amasya, Bartın and Karabük.

His party would reach out to every member of the society and tell them about the "reforms" that they had been carrying out, along with their goals and vision, the president said. Erdoğan stressed that the more the ruling Justice and Development Party (AKP) grassroots carry out their duties, the more his party would be able to be efficient as the government and in parliament.

He said that they developed the country by realizing "five times, 10 times more the services provided in the history" of Turkey in a wide range of fields from education to health, transportation to energy, sports to social security.

Everyone sees Turkey's development in every field of diplomacy and security, he said.

His government has transformed the country which had "difficulty fighting terrorists" to the one that carries out almost half a dozen cross-border operations at the same...