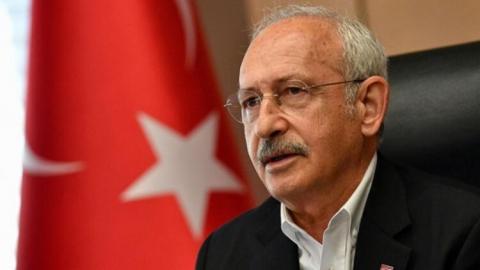 The issue was on the agenda of the CHP's central executive board meeting, following the statement of İYİ (Good) Party leader Meral Akşener at which the politician said she expected snap polls in June 2021, daily Milliyet reported on Jan. 18, quoting anonymous participants of the meeting.

"Ms. Meral is very right about this. Her comment is correct. Information brought to us by our friends from the field is that citizens are asking about the date of early elections," Kılıçdaroğlu told party board members.

The CHP members, including its lawmakers, have the same opinion as the İYİ party leader after their discussions with citizens, he added.

"Nobody can stand against the demand of citizens. In this case, early elections are inevitable. It works against citizens day by day," Kılıçdaroğlu said.

He emphasized that the "problems of the tradesmen, farmers, workers, and unemployed people are getting worse."

Akşener has been frequently voicing her expectation for an early election in 2021, which is being rejected by the partners of the People's Alliance, the ruling Justice and Development Party (AKP), and the Nationalist Movement Party (MHP) as they address 2023 for the election schedule.

Meanwhile, Kılıçdaroğlu expressed his concerns over an attack against a Future Party (FP) member, Selçuk Özdağ, during his visit to party's chair, Ahmet Davutoğlu, late Jan. 18.

While calling on the people to stay calm, he stated that the attack was an "organized" incident and that it aimed to...