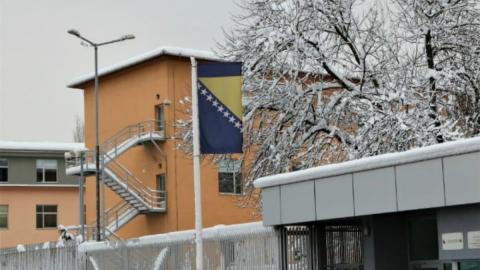 Judge Lejla Konjic-Dragovic said in the decision rejecting the indictment, which the state court provided to BIRN, that the charges and the evidence do not meet "the required level of suspicion" to suggest that the suspects may have committed the crimes.

The prosecution alleged that during an attack on the village of Tursunovo Brdo in the Ugljevik municipality in July 1992, Bosnian Serb Army troops subordinate to the two men killed four Bosniak civilians, including two women aged over 60.

It alleged that Nedic and Djurkovic were present at the crime scene, managed the operation, were informed about the crime but failed to undertake measures to identify and punish the perpetrators.

It is further alleged that troops subordinate to Nedic and Djurkovic killed two prisoners of war.

But the state court said on the basis of the evidence, it could not be established whether members of either brigade committed the crimes in Tursunovo Brdo.

"Also, on the basis of the evidence provided, it cannot be determined that suspects Nedic and Djurkovic were superior to all the units which were listed that participated in the attack on Tursunovo Brdo," it added, bringing into question whether they could be proven to have had command responsibility over the troops.