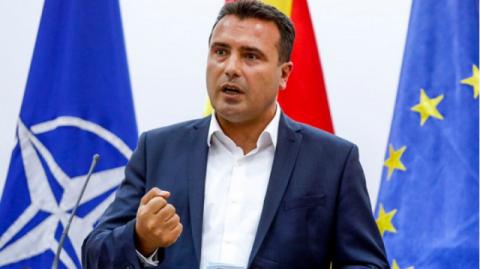 The heads of the diplomatic missions of EU Member States in the Republic of North Macedonia, led by EU Ambassador David Gere, at their regular annual meeting with Prime Minister Zoran Zaev showed particular interest in resolving open issues with the Republic of Bulgaria, which resulted in no consensus on the negotiating framework for North Macedonia in Brussels, reports the "Sloboden Pecat", quoted by BTA.

The meeting, as reported by the government press office, highlighted the unanimous opinion that the process should proceed as quickly as possible and end with the start of negotiations of the country with the EU. Prime Minister Zaev has stressed that it is important for the Republic of North Macedonia to continue the dialogue with Bulgaria in the spirit of mutual respect and through the realization of the Friendship Treaty as well as more intensive cooperation in different spheres.

The membership of the Republic of Macedonia in the EU does not have an alternative, Reev repeated. He has informed the ambassadors about the current and most important activities in the integration process of the country.

VMRO-DPMNE President Hristijan Mickoski and vice-president of the party Alexander Nikoloski had a meeting in Budapest with the Prime Minister of Hungary and Fidesz party leader Viktor Orban and a working breakfast with Hungarian Foreign Minister Peter Szijjrto, reports "Nezavisen Vesnik".

At the meeting, Mickoski spoke about his country's blocked European integration and asked Hungary for help. The conversation with Orban was focused on the excellent friendly relations that exist between the sister parties VMRO-DPMNE and Fidesz. At the working breakfast with the Minister of Foreign Affairs of Hungary, the parties discussed the strategic...