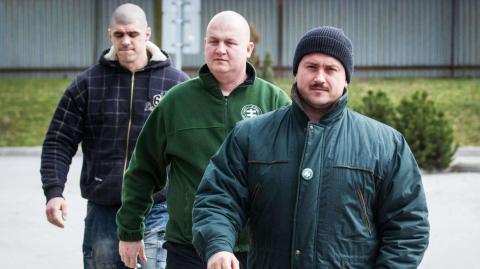 "We are leaving this coffin and a nice wreath here for [the prime minister] as a heartfelt gift," Miroslav Suja, an LSNS member of parliament, said, standing in front of Matovic's gate.

Despite breaking the ban on public gatherings and not abiding by a range of epidemiological measures, the protest continued unhindered as the police stood calmly by until the crowd eventually dispersed.

Protests against the coronavirus measures and the Matovic government have become the latest addition to Kotleba's repertoire this year, as he and his supporters seek to deepen public distrust in the government and democratic institutions, including the EU.

According to political experts, however, they are also part of Kotleba's attempt to divert attention away from his own legal troubles by creating an atmosphere of pseudo-political oppression. "If Kotleba goes to jail, they want to make it seem like political persecution," said Grigorij Meseznikov, political scientist and an expert on far-right extremism in Slovakia at the Institute for Public Affairs in Bratislava.

In October, Kotleba was found guilty of extremist crimes at the Special Criminal Court in Pezinok, and now faces four years and four months in prison. He was convicted of promoting neo-Nazi ideology after using the well-known numeric symbol "1488" - derived from the neo-Nazi slogan "14 words" and the eighth letter in the alphabet 'H', as in "Heil Hitler" - at a public event. He denies all the charges and his appeal against the sentence is due to be heard by the Supreme Court.

Kotleba's party, which entered parliament for a second time earlier this year, is the most prominent representation of the far-right in Slovakia, with stable support at around 8-10 per cent of voters. But they are...