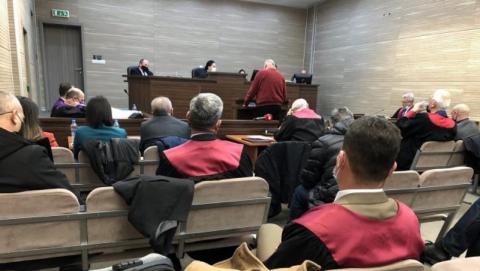 The Kosovo state prosecution told BIRN on Wednesday that it will appeal against Pristina Basic Court's verdict acquitting ex-premier Agim Ceku and 11 co-defendants of abusing their official positions to add people to a government-approved list of Kosovo Liberation Army, KLA war veterans eligible for benefits.

"Now we are waiting for the [written] court verdict, then we will make an assessment of the verdict, but I believe that an appeal is inevitable," said the prosecutor in the case, Valdet Gashi.

Pristina Basic Court on Tuesday cleared Ceku and the 11 others because of a lack of evidence.

The others who were cleared were members of the committee, including former defence minister Rrushtem Berisha and former MPs Shkumbin Demaliaj, Nuredin Lushtaku and Shukri Buja.

Former prosecutor Elez Blakaj, who was involved in the initial investigation into alleged fake KLA war veterans who were illegally receiving state benefits, but resigned after receiving threats, claimed that the truth was covered up during the trial.

"At a trial in which the public did not see or hear even one per cent of the material evidence, deliberately and continuously distorting the case… the outcome could not have been different," Blakaj wrote on Facebook on Tuesday evening.

Former prosecutor turned whistleblower Blakaj alleged that around 19,000 people were falsely given war veteran status, allowing them to claim benefits, in return for giving politicians their votes at elections.

He also claimed that some people who were injured after the war were registered as "invalids of the...