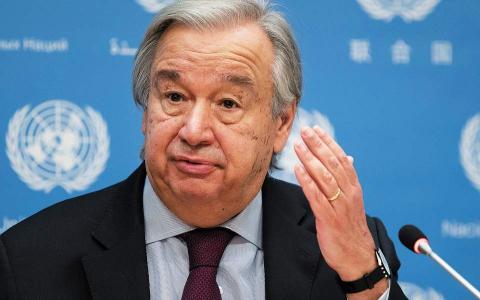 UN Secretary-General Antonio Guterres says he intends to invite the rival leaders on Cyprus to an informal meeting "as soon as practicable," but he warns that this meeting must be different and help clarify "the true extent" of their common vision "and outline steps necessary to chart a way forward."

The UN chief also warned in a report to the UN Security Council circulated Tuesday that "time is working against a mutually acceptable political settlement in Cyprus."

After decades of status quo, he said, "changes are happening on the ground that may become irreversible, should the two communities not recommit themselves to resolving their differences peacefully, proactively and with determination."

Guterres gave no date for the meeting of Cyprus' rival Greek and Turkish Cypriot leaders along with the three "guarantors" of the Mediterranean island nation's...