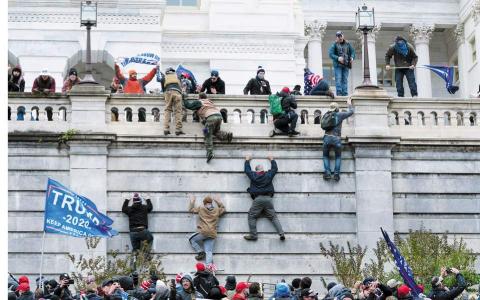 A friend of Greece and regular visitor to the country, Victor Davis Hanson is a rare breed of American intellectual: The professor of classics and military history at the California State University and senior fellow in classics and military history at Stanford University's Hoover Institute has supported Donald Trump in a number of books and articles.

In an email interview with Kathimerini, Hanson offered his opinion on recent developments in Washington, shedding light from a conservative angle on a number of issues that define modern America.

Do you think that Trump went too far in inciting violence, ignoring the fact that in the previous two months all legislatures in disputed states and all judges had already decided that the claims of a "stolen election" were baseless, proving that there was no election fraud?