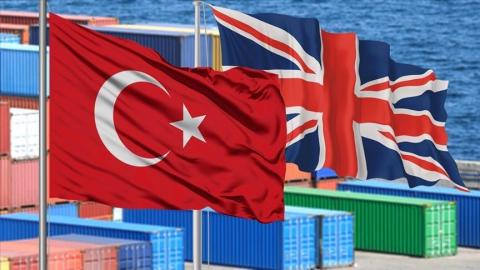 The future relationship between Turkey and the U.K. in post-Brexit era can pave the way to new partnerships in various fields in the Middle East, Africa and beyond, a panel heard on Jan. 20.

An online webinar organized by the Circle Foundation underlined the possible growth of cooperation between the two countries and underlined that ways to create a new platform, which would be alternative to the EU, should be looked at.

Moderating the panel, McInnes said being a member of the EU did not permit the U.K. to establish and develop relationships at a desired level with other countries before the Brexit but in the new era there is potential of improving ties with many countries, including Turkey.

He also pointed out the situation of Uighur Muslims in China and said he was looking forward a partnership with Turkey to defend human rights across the world.

Former Turkish minister Zeybekçi said the U.K. has been a very important country for Turkish exports, adding there was a huge volume of trade even in 2020 during the pandemic.

Before Brexit, the exports from Turkey to the U.K. were limited, because of the customs union but that hindrance no longer exists, he said.

Underlining Turkey's construction companies' recent success across the world, Zeybekçi emphasized that Turkey and the U.K. could develop...