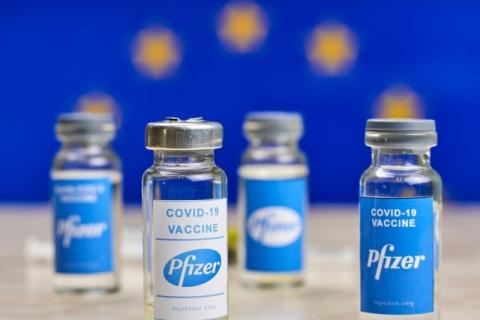 This fact contributed to a growing dissatisfaction within the European Union.
Romania will thus receive 50 percent of the planned quantities this week, and deliveries will increase gradually, so that Bucharest will receive the agreed quantities only at the end of March, Deputy Health Minister Andrej Baciu told Reuters.
The situation is similar in Poland, which received 176.000 doses on Monday, or 50 percent less than expected.
The Czech government is also slowing down the vaccination campaign due to procurement problems.
"We must expect that there will be a reduction in the number of vaccinations in the next three weeks," Health Minister Jan Blatn told reporters.
The delivery of the Pfizer vaccine will be lower by 15% this week, and by 30% next week.
Pfizer pharmaceutical company told Bulgaria and Poland that it would make up for the missing doses.
However, the Danish Serum Institute announced that 50 percent less doses this week will lead to a 10 percent reduction in the first quarter.
Officials in these countries say the reduction in supplies undermines their efforts to implement mass vaccination.
Italy threatened to submit a law suit to Pfizer on Wednesday. Today, Hungary issued a preliminary approval for the use of AstraZeneca vaccines against the coronavirus and the Russian vaccine Sputnik V, and from Budapest they call on Brussels to exert pressure on Pfizer to adhere to the delivery plan.
"We would be pleased if the European Commission took steps to ensure that Pfizer and other manufacturers change the quantity of deliveries as soon as possible," said Prime Minister's Chief of Staff Gergely Gulyas pointed out.
Canada and Switzerland have also experienced problems due to reduced deliveries of...

Vučić on COVID passports: "We will introduce passports for the EU citizens" VIDEO

Irini Reljin: Competition is welcome on the Telecommunications Market

What awaits us for the weekend?