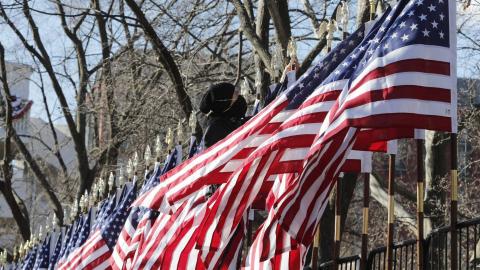 New START is complicated by China's rise as a nuclear power. The US and Russia both want to prevent China's modernisation of its strategic nuclear forces, which represents a possible area for cooperation between Moscow and Washington. New START can either incorporate non-proliferation targets for China in a trilateral agreement, or encompass bilateral agreements between Beijing and Moscow and between Beijing and Washington.

While working with Russia, the Biden administration will respond to Russia's nefarious cyber warfare. Joe Biden has vowed to impose substantial costs on Russia for its cyberattacks, which penetrated 250 US government agencies, critical infrastructure and private sector entities. The US must act with strength and discretion to punish Russia for such actions.

Regional issues can be a platform for US-Russia cooperation. The Arctic is one area where both countries can work together.

Russia has more than 7,000 miles of Arctic coastline. To enhance its interests, Russia's militarisation of the Arctic includes a submarine fleet in the North Atlantic, coastal missile batteries, and air defense systems. The US has responded by increasing patrols in the Barents Sea by the US Navy's 2nd and 6th Fleets.

The Arctic Council, chaired by Russia through 2023, is a platform for multilateral and consensus-based cooperation in the security, economic, and environmental fields. As the Biden administration rejoins the Paris Protocol on Climate Change, it can empower the Arctic Council with expanded responsibilities on climate and other issues.