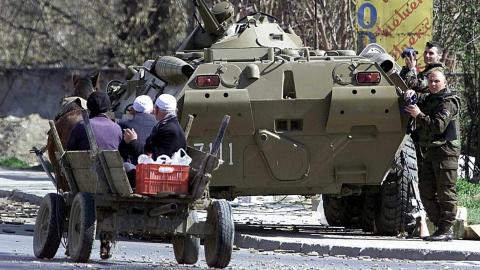 Former MP Mersel Biljali, a law and political science professor, said that despite delays in implementing the peace deal over the years, it has helped the country to ease ethnic tensions and avoid greater bloodshed.

"It sobered us, directed us towards living with one another, building a joint future together, understanding each other a bit better, and building trust," Biljali said.

Twenty years later, ethnic divisions in North Macedonia have largely subsided, but there are still echoes of the past. The names of former conflict hotspots like the villages of Aracinovo, Tearce, Tanushevci and others are still synonymous with the conflict, and during every significant political crisis that the country has been through since then, fears return that ethnic unrest could erupt again.

While society as a whole has moved on a great deal since 2001, traumas also remain among those who lost relatives or friends, lost their possessions or were internally displaced, never to return to their old homes.

Although the country these days only commemorates the anniversary of the Ohrid Peace Deal, the attack on the police station in Tearce was significant because for the first time, the NLA identified itself by issuing a press statement taking responsibility for the attack, saying that ethnic Albanians were being oppressed by the Macedonian majority, and that it considered all members of the security forces to be legitimate targets.

Ethnic Albanians represent around a quarter of North Macedonia...