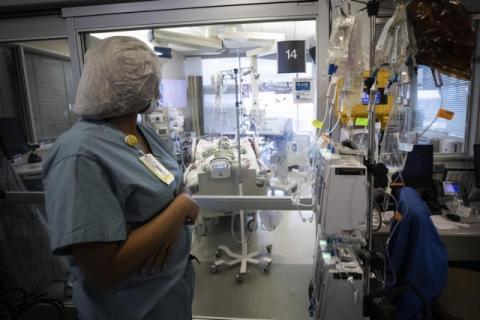 According to the website worldometers, so far 98.010.507 people have been infected with coronavirus in the world, 70.402.587 are considered cured, and 2.097.279 people have died as a result of this infection.
Currently, 25.510.641 cases are active, but only 111.745 of them, or 0.4 percent, are in a serious or critical condition.
The largest number of infected and deceased people was registered in the United States. In that country, 25.167.502 people have been infected with the coronavirus so far, and 419.520 people have died.
French President Emmanuel Macron told his colleagues from the European Union that France will make PCR tests mandatory for all travelers to France, including other EU countries, as of Sunday, it was announced from Macron's cabinet.
Cross-border workers and land transport will be exempted from that obligation, the French presidency added, Reuters reports.
The test will have to be performed no later than 72 hours before departure, it was said after the video summit of EU leaders held on Thursday.
As of today, the Portuguese government will close all school institutions, so as not to worsen the situation with the coronavirus pandemic.
According to the latest lockdown that began last week, all services that are not vital to the lives of citizens have been closed and people have been ordered to stay in their homes, Reuters reminded. The government in Lisbon has been criticized for keeping schools open, and parents of students and high school students have appealed to the government to close schools.
Kindergartens, schools and faculties will be closed from today, so about two million pupils and students will stay in their homes, "Pblico" reported.
The lower house of the Czech parliament today...