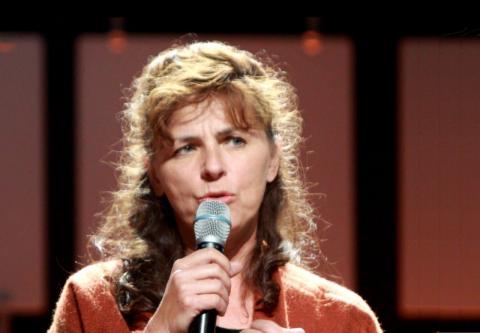 One of the most famous actors in former Yugoslavia, Mira Furlan, has passed away at the age of 65, her friend the American writer and producer Joseph Michael Straczynski announced on Friday.

"It is a night of great sadness, for our friend and comrade had gone down the road where we cannot reach her," Straczynski, author of the sci-fi series Babylon 5, in which Furlan acted, posted on Twitter.

"But as with all things, we will catch up with her in time, and I believe she will have many stories to tell us, and many new roles to share with the universe," he continued.

Born in 1955 in Croatia's capital, Zagreb, she was one of the most successful theatre and film actresses in the former Yugoslavia and a member of the Croatian National Theatre.

She had a number of successful film roles. She played a role in Emir Kusturica's Cannes award-winning Oscar-nominated 1985 movie When Father Was Away On Business.

She received all the highest awards in former Yugoslavia, including two Golden Arenas for roles in the movies Cyclops (1982) and The Beauty of Vice (1986).

With the outbreak of the Yugoslav wars in the 1990s, she emigrated to the US, angered by the political situation in the country. Her emigration drew fierce media attacks in Croatia and she was labelled a national traitor. Her apartment in Zagreb was taken away from her, and only returned after a 17-year legal battle.

Commenting on the turbulent 1990s in an interview on the website Pescanik, Furlan said she had "no choice but to live my life the way I lived it".

"I was one of those who truly believed in so...

"The night when he swam across the Danube": Farewell to Balasevic in Novi Sad tonight