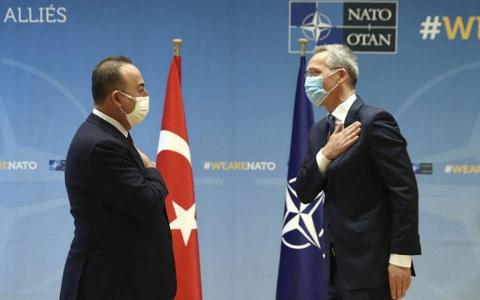 NATO Secretary General Jens Stoltenberg has welcomed the continuation of NATO-brokered talks between Turkey and Greece on a military deconfliction mechanism in the Eastern Mediterranean, as well as the resumption on Monday of exploratory contacts between the two Aegean neighbors in Istanbul.

"The de-confliction mechanism has helped to reduce tensions and create the space for political discussions to resolve the underlying issues," Stoltenberg said after a meeting with Turkish Foreign Minister Mevlut Cavusoglu at NATO headquarters in Brussels on Friday.

"I also welcome the exploratory talks taking place in Istanbul next week," he said.

According to a NATO statement, the two discussed a range of issues, including the situation in the Eastern Mediterranean, Afghanistan and Libya.

Stoltenberg also "thanked Turkey for its significant contributions to NATO...