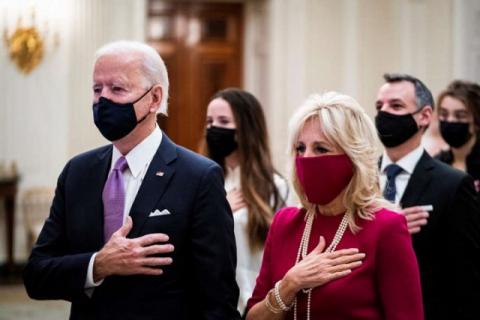 At the same time, his administration is preparing to impose new costs on Russia pending a newly requested intelligence assessment of its recent activities. The officials said Biden is ruling out a "reset" in bilateral relations with Moscow as many U.S. presidents have done since the end of the Cold War.

"As we work with Russia, so, too, will we work to hold Russia accountable for their reckless and aggressive actions that we've seen in recent months and years," said a senior U.S. official, who like others spoke on the condition of anonymity to discuss a sensitive security matter.

The decision to seek a five-year treaty extension, which Russia supports but the Biden administration hadn't settled on until now, reflects the rapidly approaching deadline for Washington to renew the New START pact Feb. 5, the officials said.

President Donald Trump tried to conclude a shorter extension with Moscow in the final months of his presidency, but he failed to reach an agreement after his nuclear envoy spent months trying to persuade China to join the accord before dropping that demand.

Letting the treaty expire would allow Moscow and Washington to deploy an unlimited number of nuclear-armed submarines, bombers and missiles in what many experts fear could spark a nuclear arms race and further exacerbate U.S.-Russia relations.

"New START is manifestly in the national security interest of the United States and makes even more sense when the relationship with Russia is adversarial," the senior U.S. official said.

1 million Russian students to paint about the 1821 Greek Revolution