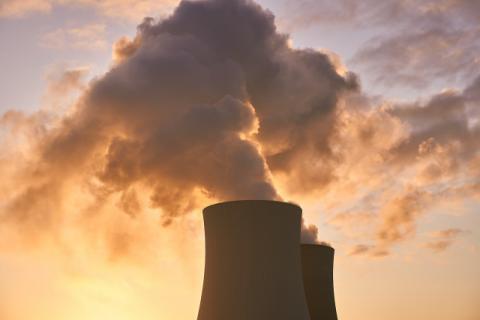 The Electricity System Operator (ESO) has activated replacement capacities from all TPPs and hydropower plants (HPPs) in the country to compensate for the shutdown of Unit V of Kozloduy NPP last night.

The nuclear power plant announced that the unit was disconnected from the power system after the emergency protection of the reactor was activated. This happened during routine operations and there is no deviation from the radiation situation.

"All systems of the unit have worked according to the design algorithms," reads a statement on the Kozloduy NPP website. Earlier this morning, MRF MP and member of the Energy Committee of the National Assembly Ramadan Atalay announced the shutdown of one unit of our nuclear power plant. According to him, there is nothing to worry about and the block is expected to be introduced in parallel later today. However, a reference on the ESO website at 12 o'clock shows that this has not yet happened.

The load of the system is around the average for the last days - 5.5 thousand megawatts. In the morning, however, due to higher temperatures, the load was lower than the average in the last week, according to ESO data. Half of the electricity is provided by the TPPs in the country.

Just over 10% is the production of water power plants, and wind and solar parks provide a total of about 8 percent of the cargo. 18% is provided by Unit VI of Kozloduy NPP, and the remaining amounts of electricity come from district heating and plant power plants.