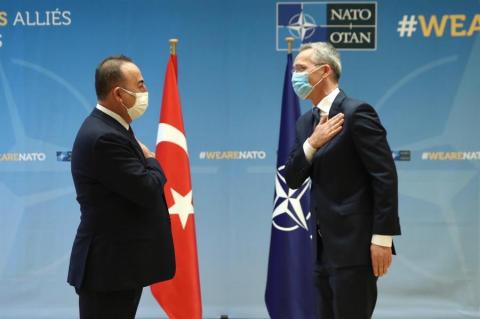 Turkey's top diplomat has called on the European Union to revitalize the accession process of his country to the EU, to launch the process for visa-free travel of Turkish nationals in the EU and start talks for upgrading the Customs Union agreement.

In a Twitter post, Çavuşoğlu said, "Wish to turn a new page with #EU. 18 March Statement should be revised with all elements. Must work together for a positive agenda. Discussed the preparatory work of the visits by Presidents of EU Council and Commission. @JosepBorrellF."

Later in the evening, Çavuşoğlu posted another tweet, touching upon Turkey's expectations from the EU.

"Must revitalize our accession process. Expecting visa liberalization and modernization of Customs Union. Should increase cooperation in the fight against terrorism & irregular migration. Should fight against rising racism, discrimination and Islamophobia in Europe altogether," he tweeted.

Describing 2020 as a "complicated year" for the EU-Turkey relations, Borrell said on Twitter: "Today, I received @MevlutÇavuşoğlu to discuss the way forward - to look for mutual strategic interests, the development of a cooperative + reciprocal relationship anchored in common values and principles."<...