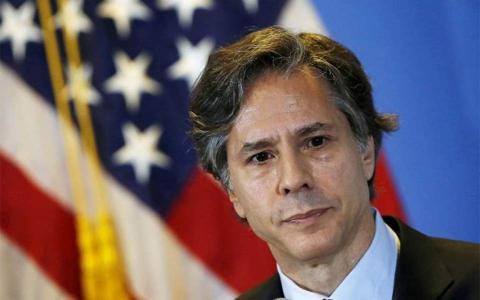 Joe Biden's nominee for secretary of state, Antony Blinken, has expressed his commitment to further strengthening ties between the United States and Greece, Israel and Cyprus.

Blinken was responding to a written question from Senator Bob Menendez on how he would continue and enhance investments described in the Eastern Mediterranean Security and Energy Partnership Act and further solidify the critical security relationships with Greece and Cyprus.

"If confirmed, I look forward to reviewing this legislation and working with congress and colleagues in the interagency to support robust ties between the United States and Greece, Israel, and Cyprus," Blinken said.

"The US-Greece security relationship is important to our interests in the Eastern Mediterranean and has grown significantly as bilateral ties have improved, beginning in the Obama-Biden...