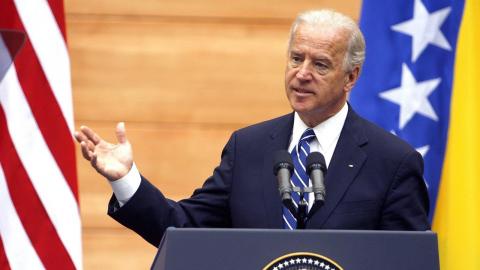 In his current statements to the regional media, Serwer has presented some possible measures supposedly intended to reform the Dayton arrangement. His argumentation is based primarily on a call for more centralisation that would limit the powers of Bosnia's ethnically defined entities and cantons.

Besides this rather predictable agenda, Serwer is also mentioning another potentially important institutional reform that should go hand in hand with the centralisation - strengthening local governance.

While the mix of reforms proposed by Serwer would lead to the centralisation of Bosnia on a state level, it would enhance political power on the decentralised level of municipalities.

Serwer, who is familiar with the country and its ethno-political divisions, is definitely aware that any attempt to centralise the country would be opposed by the leaders of the Bosnian Serbs and Croats who instead seek more ethnic autonomy.

So, enhancing the local level of governance might be intended as a compensation that would be offered to them, as a partial reward for the loss of power on the sub-state level.

Nevertheless, the principal question that should be asked before any shift of power to municipalities is made is whether the local level as such provides better governance and facilitates inter-ethnic compromise and moderation.

Based on the mixed record of outcomes of local power-sharing between representatives of different ethnic groups across the region, it could be argued that local-level governance is more often a...