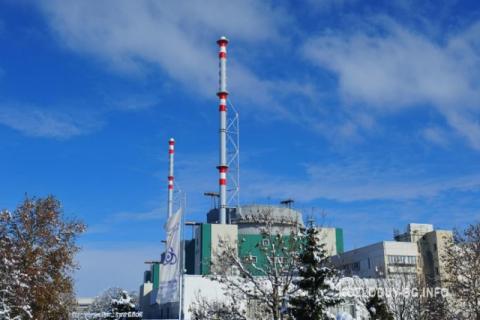 In the early hours on January 22, Kozloduy nuclear power plant (situated on the Danube River in northwestern Bulgaria) shut down Unit 5 after a protection system was activated following a routine technical operation.

Power plant representatives are firm there is no accident. The protection system was activated during a routine operation.

The Eco-Inspection carries out continuous measurements on site, and no increased radiation has been detected.

All necessary actions are currently being taken to restore the work of the 5th Unit, which is expected to take place by the end of the day.

The Ministry of Energy assured BNT that there is no danger for the population from radiation. The gamma indicators are within the normal range between 0.11 and 0.16 microsieverts.

"This morning, January 22, at 1:16 am, Unit 5 of Kozloduy NPP was disconnected from the energy system. The reason is protection during routine actions. What does routine actions mean? During the daily work of the NPP colleagues, they work according to a protocol. I want to assure you there is absolutely no risk for the members of the public and the energy system, and the radiation and the balance in the system are within the necessary limits," Deputy Minister of Energy Zhecho Stankov said.

MRF MP Ramadan Atalai, who is a member of the energy committee in Parliament told BNT breakfast programme that at 1.17 am, during a technical operation the automatic defences activated. The necessary actions have been taken and its work will be restored. All systems have been checked. There is no reason for concern in the public, he said.

The Executive Director of Kozloduy NPP, Nasko Mihov, explained for BNT that it was a routine procedure and there was nothing unusual...