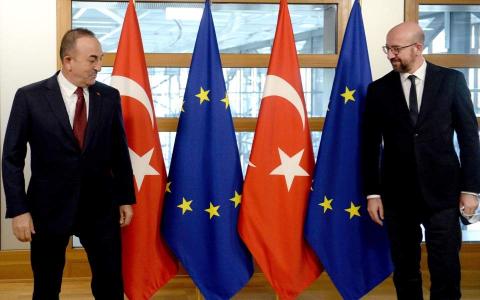 Just three days before the resumption of exploratory contacts between Athens and Ankara, Turkish Foreign Minister Mevlut Cavusoglu reminded Greece on Friday that in the event it extends its territorial waters in the Aegean it will be a cause for war, or casus belli.

Speaking to Turkish journalists at the end of his two-day visit to Brussels, Cavusoglu said that "Turkey's position on the issue of the Aegean has not changed."

"The decision taken by the Turkish parliament has not changed," he said, referring to the 1995 declaration by the House that if Greece extends its territorial water to12 nautical miles, as it reserves the right to do so under international law, this would constitute a casus belli.

At the same time, the European Union appears to have softened its stance on the issue of sanctions against Turkey for its violations of Cyprus' exclusive economic...