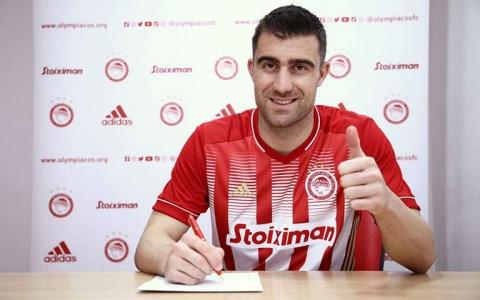 Greece and former Arsenal defender Sokratis Papastathopoulos has signed for Greek champion Olympiakos in a deal worth a reported 1.2 million euros ($1.46 million).

The contract the 32-year-old Papastathopoulos had at Arsenal was canceled by mutual consent last week after he made 69 appearances at the London club.

He has agreed to play at Olympiakos through the 2022-23 season, the club said on Monday.

Often referred to by only his first name, Sokratis, he spent six years in Germany at Werder Bremen and Borussia Dortmund before moving to the U.K.

He made his debut for Greece at age 19 in 2008, as then-coach Otto Rehhagel began rebuilding the team that won the European Championship four years earlier.

Considered one of Greece's most reliable central defenders, he has made 90 appearances for his country.

After Papastathopoulos parted ways with...