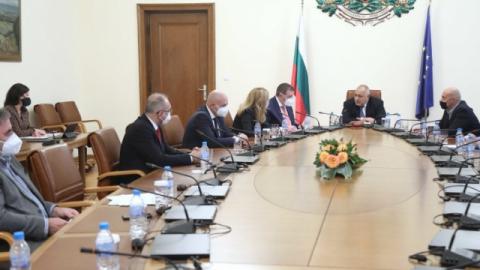 The National Operative Headquarters recommended a gradual loosening of anti-epidemic measures in Bulgaria.

During the working meeting that the Prime Minister convened at the Council of Ministers with representatives of the National Operative Headquarters (NOH), the vaccination staff and ministers the reps of NOH motivated their recommendation quoting the data which show that Bulgaria is currently in a very good position: thanks to the stringent preventive measures, the morbidity on a 14-day basis is less than 100 per 100,000 and Bulgaria now is one of the four European countries outside the so-called "red zone". What is worrisome, though, is the spread of the novel strain of coronavirus, as it has been already detected in Bulgaria too.

Health Minister Prof. Kostadin Angelov said that today an order will be issued for the mandatory PCR tests on entry into Bulgaria for all citizens coming from third countries and the European Union. The aim is to step-up the security of the Bulgarians with a view to the new version of the coronavirus.

The meeting confirmed the decision to resume in-person learning of school students from 5th to 12th grade under a strictly defined order as of 4 February. From the beginning of February, the gyms, sports facilities, dancing clubs, as well as the stores in the large shopping centers, will be reopened.

Prime Minister Boyko Borissov ordered the Health Minister to hold a meeting with the representatives of restaurants, cafes and nightclubs and to discuss again possible options for resuming their functioning.

"Let them remember, however, that a month ago there were people who died in ambulances, seeking to be admitted to hospital. There were no beds in hospitals," the Prime Minster...